A lot of drama unfolded when Selena Gomez and Justin Bieber broke up for good. 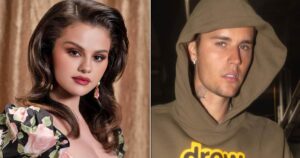 While many of us would just block ex-partners’ phone numbers and social media accounts, Selena Gomez once allegedly went one step forward and changed her number to avoid Justin Bieber. Jelena was once the IT couple of Hollywood and news about their relationship reached fans across the globe.

The former couple had a whirlwind romance that went on again and off again for a few times until a nasty feud, involving accusations of Justin Bieber cheating on the Heart Want What It Wants singer. When the two broke up, it devastated their fans as if they were equally involved in their relationship. Considering the attention around them, it almost seemed so.

A lot of drama unfolded when Selena Gomez and Justin Bieber broke up for good. But did you know that Selena Gomez once allegedly “changed her phone number” just to avoid Justin Bieber? Back in 2016, Us Weekly revealed that a source close to the Only Murders in the Building star said that not only did she switch her digits so that he can’t reach her, but Sel also “told everyone not to give it to him” the new number. Selena Gomez and Justin Bieber had several Hollywood stars as friends in common. This included Taylor Swift, Gigi Hadid, and the Kardashians. Things were heated up between the former couple after Justin began dating Sofia Richie. Sel had allegedly also commented under an Instagram post by the Peaches singer that addressed the hate he was receiving from Gomez’s fans. 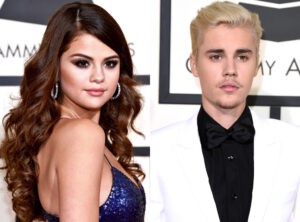 The actress-singer had asked him not to post photos with Richie if he can’t handle the hate. It is said that Justin Bieber replied to this by accusing her of cheating on him with Zayn Malik. “She lost it. She can be fragile emotionally and Justin Bieber is a major factor,” said the source while talking about this. 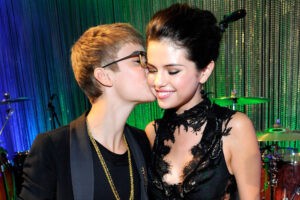 Justin and Selena at an Award show

No wonder Selena Gomez changed her number to avoid Justin Bieber. That is a lot of drama to handle. But both of them are now on their separate paths. Justin is married to Hailey Bieber while Gomez is focusing on herself!