Everything We Know About The Office Revival

Will Peacock move forward with a revival of The Office? Here's what we know about the show's future, including release date, cast, and story details

Longtime fans of The Office are still holding out hope that a revival on Peacock will come to fruition, and here are the latest updates on the potential reboot. It has been around eight years since viewers were forced to say goodbye to the employees of Dunder Mifflin, but the interest in the series is as high as ever. With the continued trend of reboots and revivals with past popular sitcoms, it’s up to Peacock to bring back The Office. Based on the UK series of the same name, Greg Daniels created the American workplace comedy, which debuted on NBC in 2005. With the mockumentary format and wide variety of characters led by inept manager Michael Scott (Steve Carell), The Office found its footing in season 2. It then became a bonafide hit for the network throughout its nine-season run before coming to an end in 2013. Though Carell left The Office in season 7, the presence of John Krasinski, Jenna Fischer, Rainn Wilson, and a handful of notable supporting cast members and guest stars was still a selling point for NBC.

Despite ending in 2013, The Office found a resurgence of popularity after the series began streaming on Netflix. As one of Netflix’s most-watched titles, the streamer took a hit when the rights reverted to NBCUniversal’s new service, Peacock. With the sitcom still fresh on viewers’ minds, the notion of a reboot remains a topic of discussion. Here’s everything we know about The Office revival.

Will The Office Revival Happen? 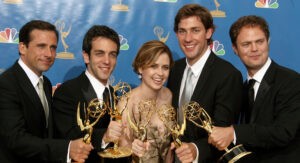 Rumors regarding a reboot of The Office truly ramped up after NBCUniversal’s Bonnie Hammer announced her hopes for bringing the beloved sitcom on Peacock. Her statement came in September 2019, nearly a year ahead of Peacock’s nationwide release in the summer of 2020. While the topic of a revival has been on diehard fans’ minds since the show’s conclusion in 2013, the probability of it happening seemed low. However, with The Office’s streaming rights officially moved to Peacock in 2021, hope has been renewed.  Daniels revealed his thoughts on an Office revival in January, stating his belief that it’s more likely than ever, but no plans are currently in the works. 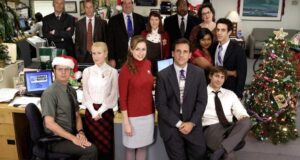 Without any confirmation that The Office reboot is officially in the works, it’s impossible to predict a release date. Granted, if Peacock moves forward with the return of Daniels’ sitcom, the streamer would likely want to get it out as soon as possible. The service already revived Saved By the Bell and Punky Brewster as part of its slate of original programming. Both series were announced in 2019 before releasing in 2020 and 2021, respectively.  In that case, The Office revival could be expected around a year to 18 months after an announcement based on previous reboots. Many cast members from The Office have continued their acting careers through TV or movies. Some like Steve Carell and John Krasinki are consistently expanding their careers as headlining actors. Though the latter has been vocal about his interest in a reboot, Carell isn’t too keen on the idea. For a revival to work, a good amount of the ensemble cast would need to return. Thankfully, names like Jenna Fischer, Angela Kinsey, and Rainn Wilson have expressed interest. Mindy Kaling also revealed she would return despite her busy schedule as a co-creator on multiple TV shows. It also doesn’t hurt that Craig Robinson is currently developing a series on the same streamer in talks for The Office reboot. As for plausible options for The Office revival’s story, a reboot could follow the production of a real Threat Level Midnight movie or an event that would require the Dunder Mifflin crew to reunite at their old workplace. When recently speaking on the possibility of The Office revival, Daniels stated that it would be fun to set new episodes during the show’s original run. He referred to them as “lost episodes,” which would serve as documentary footage filmed during the previously broadcast episodes. This method would avoid issues caused by the fact that many characters left Scranton and Dunder Mifflin by the end of the series finale.

Check Out: What Exactly is Metaverse