John Abraham Is A Super-Soldier Breaking Jaws, Jacqueline Fernandez & Rakul Preet Singh Are On Duty Too

John Abraham returns with Attack, a live-action movie that follows Satyameva Jayate 2. A teaser trailer for the film was released by the makers. It gives a glimpse into life as a super-soldier. John plays the role of a brave rescue officer who leads a daring mission.

Attack’s teaser begins with a blast. We also get quick glimpses at Rakul Preet, Jacqueline Fernandez and other leading women. The teaser suggests that Jacqueline plays the role of an airline hostess, while John Abraham seems to have been more grumpy than usual in order to manage this hostage situation.

The teaser also features some generic shots of John punching goons while walking with swagger in the flames surrounding him. 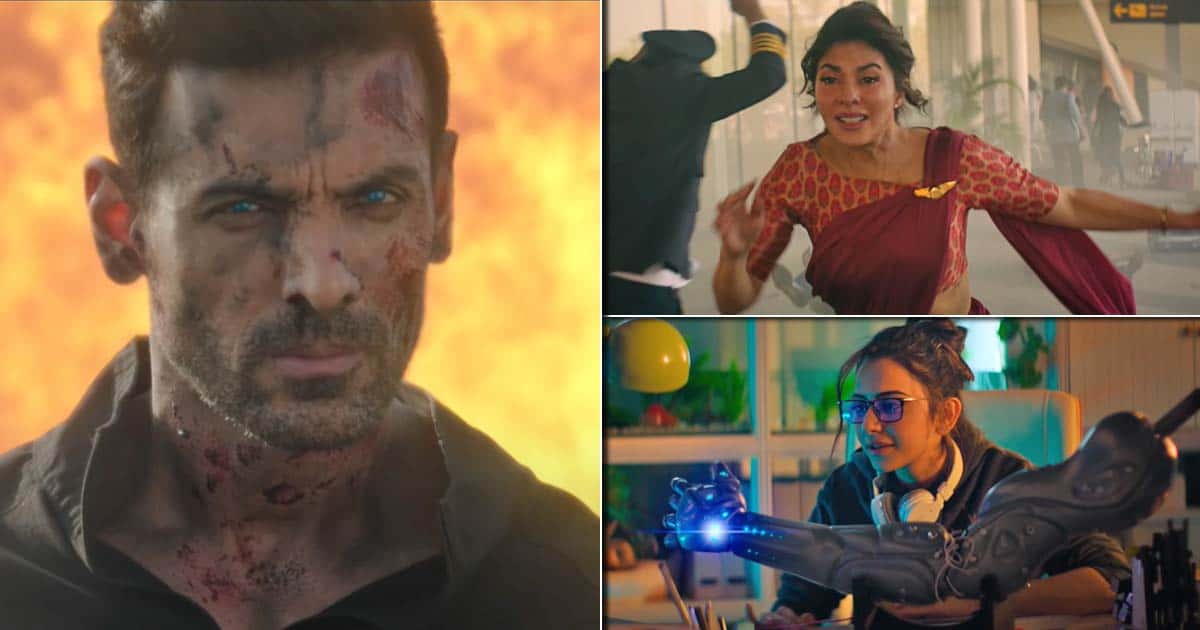 The Teaser for ‘ATTACK’ is available. It stars John Abraham, Jacqueline Fernandez and Rakul Preet Sing in the lead roles.

John Abraham, Bollywood actor, said that the film was made specifically for mass audiences who enjoy the commercial-oriented film in theatres.

This film is a sequel. The first installment was released in 2018.