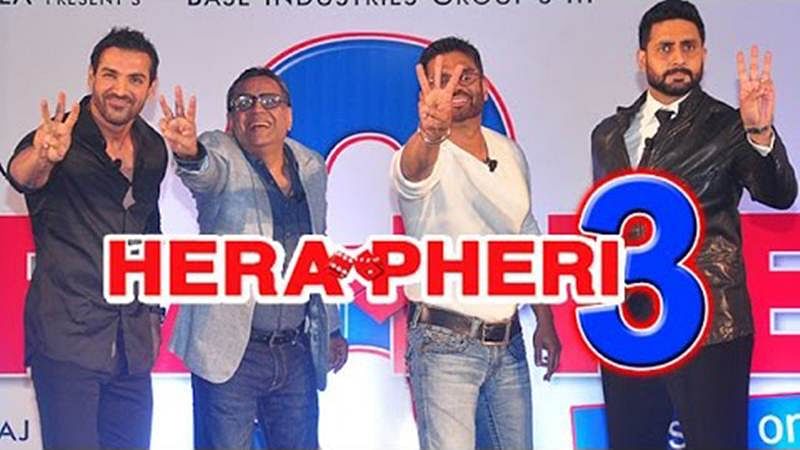 After portraying the character of a coach in Farhan Akhtar’s ‘Toofaan’, Paresh Rawal is all set to tickle your funny bone with his upcoming film ‘Hungama 2’.

In an interview with Indianexpress.com, Paresh talked about Hera Pheri 3, the actor said, “They are trying to work it out. Hopefully, by the end of this year, you will get good news.”

The actor has worked with Priyadarshan before for ‘Phir Hera Pheri’, ‘Chup Chup Ke’, ‘Hulchul’ and ‘Bhool Bhulaiyaa’ to name a few. Paresh was all positive when it came to talking about Priyadarshan,

He said, “He has a lot of clarity about what he wants in his film. He has clarity about the characters, storyline, treatment of the story. He has a sense of proportion in comedy, which is very vital for the genre because you don’t want to go overboard. Also, the way he shoots his film… less fuss and maximum results are commendable. He has been experimenting in regional cinema. So, that benefit is also what our Hindi cinema is getting in terms of characterisation and storyline. So, let’s say, with him, we are getting the best of both worlds.” 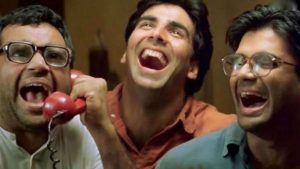 When asked if there is a fear of being repetitive with the comedy genre, Rawal replied, “You can become repetitive or regressive if your story is not good”, adding that with Priyadarshan, the audience will never “experience vulgar or double meaning comedy. You will not see any sort of physical deformity being ridiculed.” He expressed that “a situational comedy” like ‘Hungama 2’ won’t go out of fashion. So, that is the advantage of working with him.”

“It all depends on the script. When you are working on a comedy film, don’t think you are attempting comedy. Treat it like another or any other character. You are just playing a character who is in a comical situation but you should not take it upon yourself. You stick to your job, which is acting. The rest is on the director. In my perspective, it is a healthy way of approaching comedy”.

While talking about the script he said,

“It is more disciplined, organised and innovative. Of course, not as innovative and disciplined as the South industry. Our industry is changing because of new directors, new actors and writers. So, we are gearing up for the golden period of Hindi cinema. Now, we are doing our scripts and not something which is borrowed, lifted or stolen. We are talking about ourselves and our problems now. So, it is a positive change,”

For the unversed, ‘Hungama 2’ will release on Disney+ Hotstar on July 23.