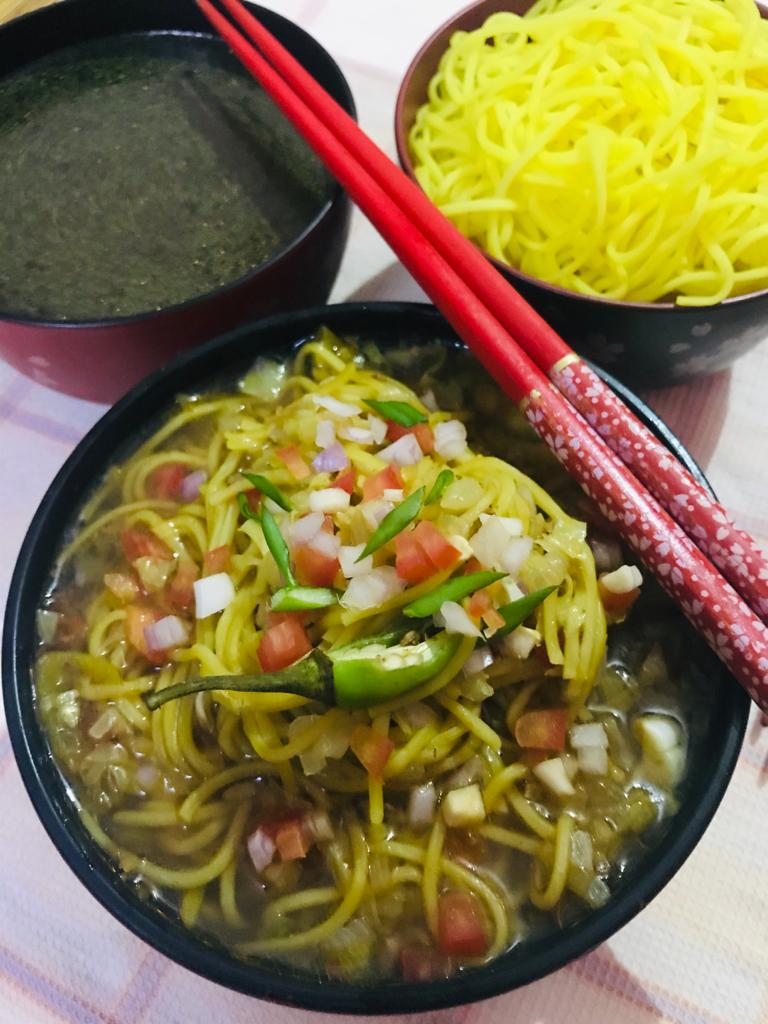 Basically, this is a dish which straightly belongs to Tibet. It was one of their prominent food items which represent their cuisine very well. They often prepare it on New year accompanied by some other dishes to follow their tradition. The first offering is done to God as a token of respect & gratitude. There it was started as adding meat chunks with pepper & water then turning it into the beautiful broth. Later noodles were incorporated in it to make it heavier in the body. Thanks, Tibet for such a Good delicacy.

What is a Thukpa ?

It is a flavourful broth either vegetarian or non-vegetarian including noodles, chunks of veggies, mushrooms, meats, eggs, chicken etc. And, this is the best thing to have in monsoon & chilly winters. The peppers play a magical role in preparing it, but it is completely ok to add any type being available. 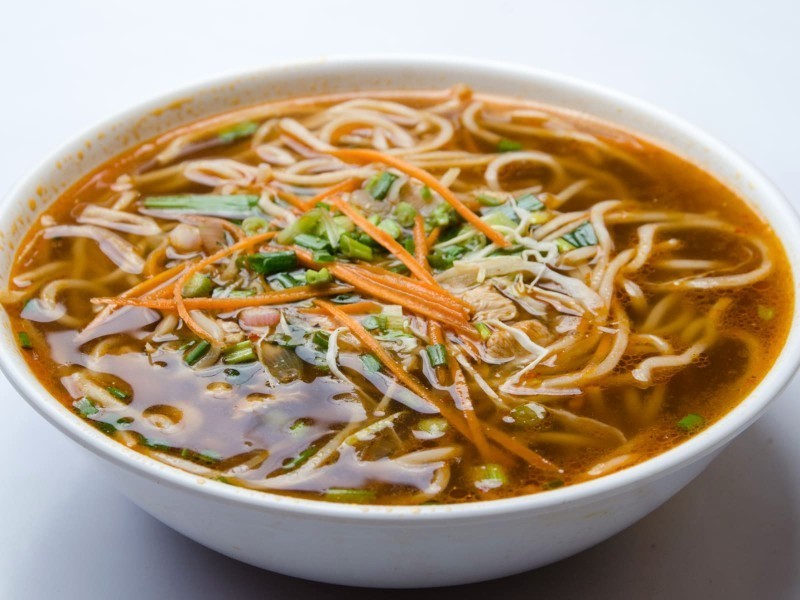 Actually, it was bought by Dalai Lama to India when he entered the Indian soil as a refugee. He with his companions were allowed to stay in India in Refugee camps, where his mother served Thukpa to everyone & later making it famous all over the country. You can find it easily in North-East parts of India such as Sikkim, Assam, Meghalaya, Ladakh, Tripura, Manipur& Nagaland. It has also marked its existence in Himachal Pradesh & Uttrakhand.

There are lots of varieties of meats being added in it such as , chicken, mutton, ox , pork, games etc.

Let me pass you my recipe of making a basic version of Thukpa, i am preferring vegetarian one so don’t get angry if you are non- vegan:-

The famous pepper added to the broths are similar to schezwan pepper of China but named differently In Indian states such as Timur .
One tip from my side is that you can take coriander stalks and put them in the simmering broth. This with make your soup extremely flavourful. But, do remember to wash & crush them before adding to the liquid.

You can also add Pok Choy, baby corn, beans, sprouts also to the Thukpa as per your need. Chunks of meat & chicken are also common nowadays. For more fusion, you can add some tofu which is readily available in many parts of the country.

The noodles varieties also vary such as hand-pulled noodles, buckwheat noodles, rice noodles, chowmein noodles, etc. The dumplings like momos are also added by many people to give it more elements.

Many people like to make a paste of the vegetables and cook it later for providing thickness to the soup while some like it thin. The starch from the noodles also provides little thicken to the dish.

Many restaurants are opened in metro cities now, where you can easily enjoy these delicious, slurpy noodle soups. Moreover, the local street also has lots of stalls & shop selling this magical broth more in the northern regions of the Nation.

So, how was my description of this emerging dish? Do let me know in the comment box. More & more content will be posted with the upcoming time.