iPhone 14 Leak Images Are Now Here and They Look Amazing

The iPhone 14 leak images are here two weeks before and they have a lot to tell us about. Let's look at some of the leaks and see what they tell us

iPhone 14 front panels have leaked on Weibo – here are the changes to note:
1) thinner bezels on the Pro models, as reported by other sources
2) aspect ratio is also slightly different on the Pros (19.5:9 to 20:9); this corroborates with 9to5Mac’s report regarding taller displays pic.twitter.com/UtqNcBB9aP

The iPhone 14 leak images also give us information about the notch availability in the models of the iPhone 14.

iPhone 14 leak images and what they tell us The smallest iPhone 14 will be the size of the current iPhone 13. The standard iPhone retains the notch, albeit in a smaller size than the first version of the divisive display, and the identically sized iPhone 14 Pro has the new pill-shaped cutout. The Pro also appears to have a thinner bezel. 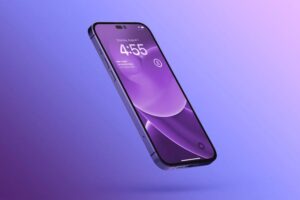 On Twitter, @saranbyte says that the aspect ratio of the Pros’ displays are very slightly different: it’s not very obvious looking at the photos but the Pro models are 20:9 instead of 19.5:9, which fits with previous reports by 9to5Mac that the Pro models will have taller displays this year. We’ve no way of checking the veracity or otherwise of these images, but if they’re not real then they’re pretty impressive given how closely they resemble previous reports.